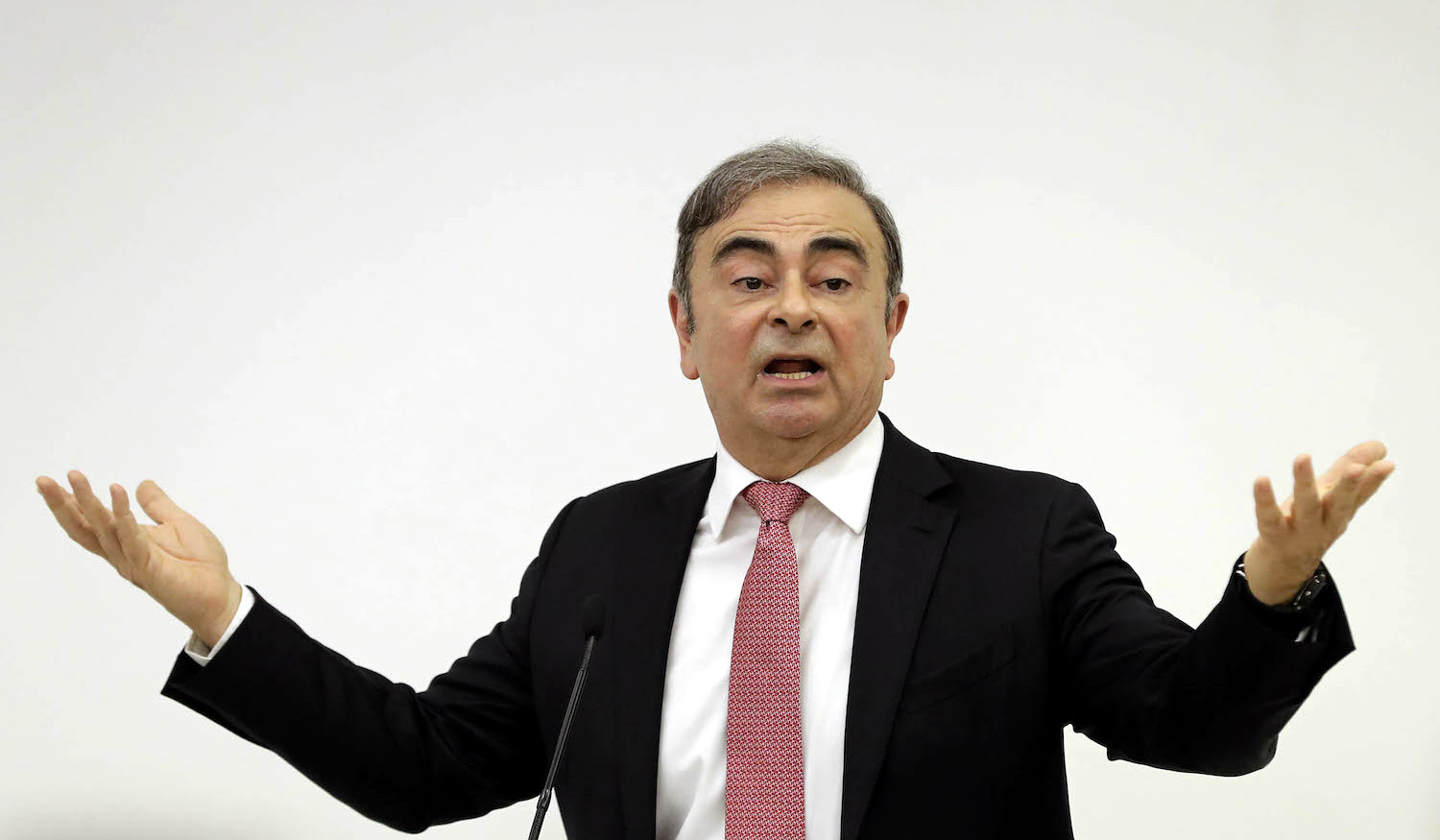 Former Renault-Nissan boss Carlos Ghosn addresses a large crowd of journalists on his reasons for dodging trial in Japan, where he is accused of financial misconduct, at the Lebanese Press Syndicate in Beirut on January 8, 2020. – The 65-year-old fugitive auto tycoon vowed to clear his name as he made his first public appearance at a news conference in Beirut since skipping bail in Japan. Ghosn, who denies any wrongdoing, fled charges of financial misconduct including allegedly under-reporting his compensation to the tune of $85 million. (Photo by JOSEPH EID / AFP) (Photo by JOSEPH EID/AFP via Getty Images)